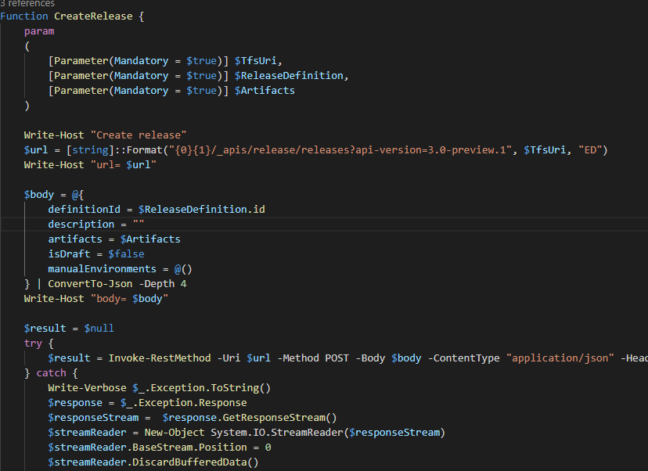 I recently had to come up with a solution to perform a bulk deploy of all apps to an environment using the latest build artifacts. I wanted to use a “wrapper” release definition to orchestrate all of the deployments; similar to how Octopus Deploy’s “Deploy Release Step” works.

At a high level level, the steps that the script performs are as follows: